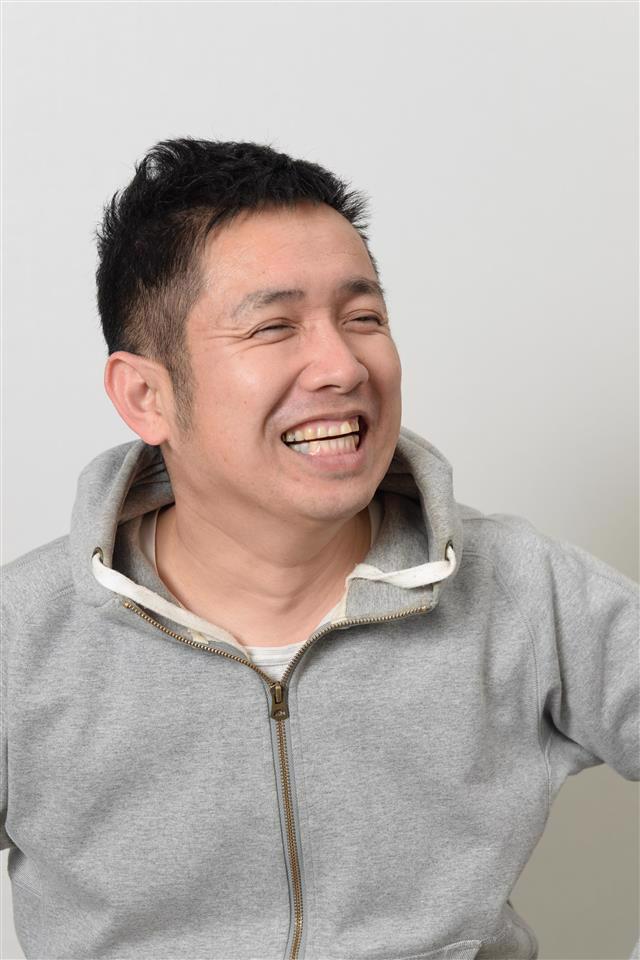 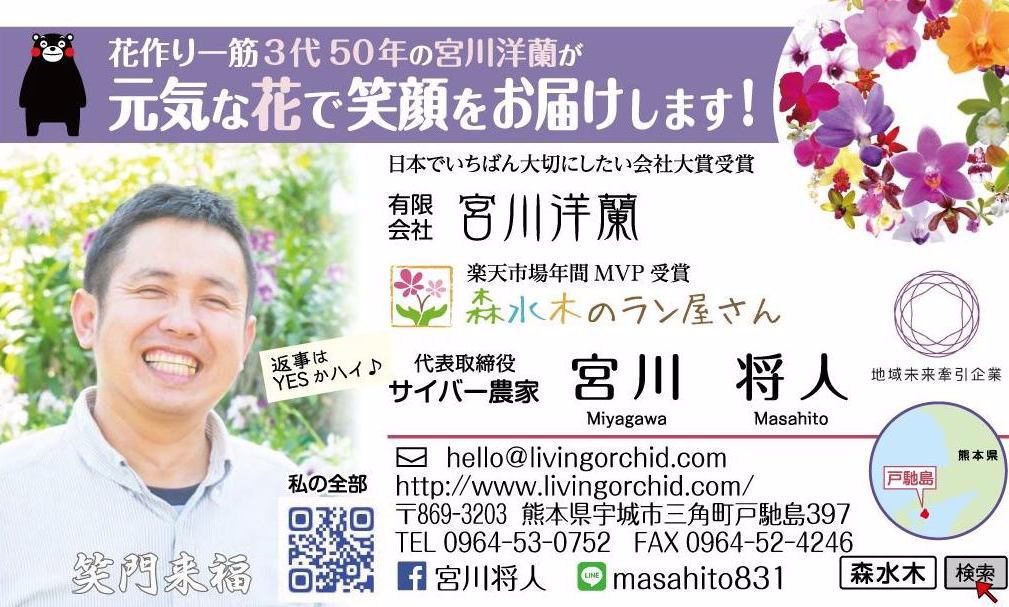 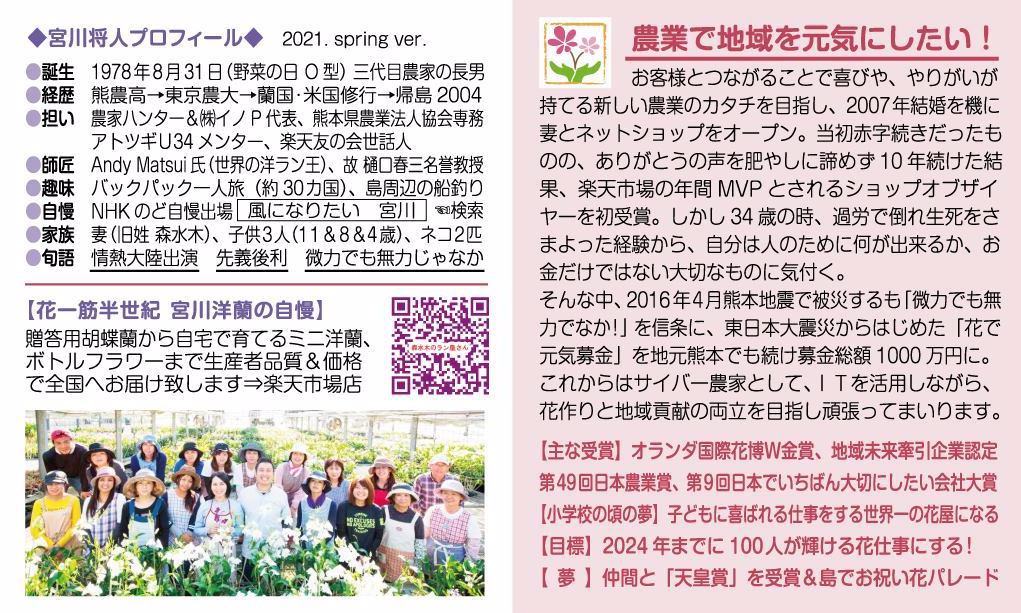 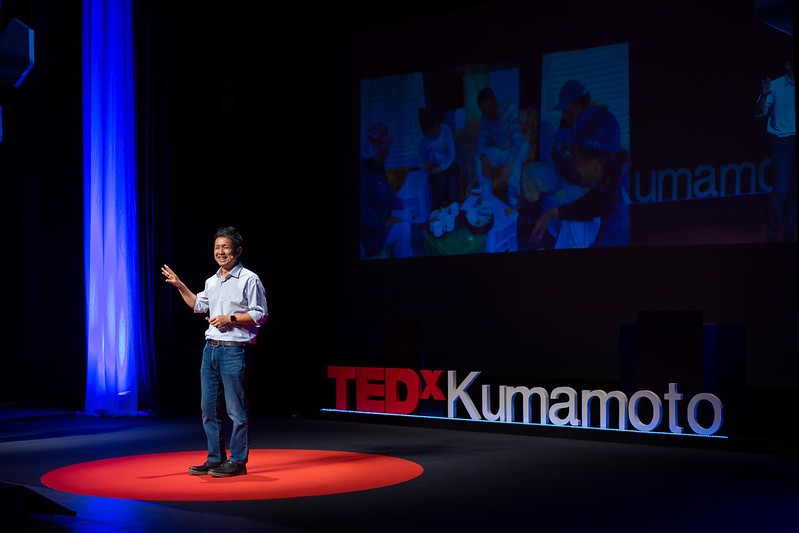 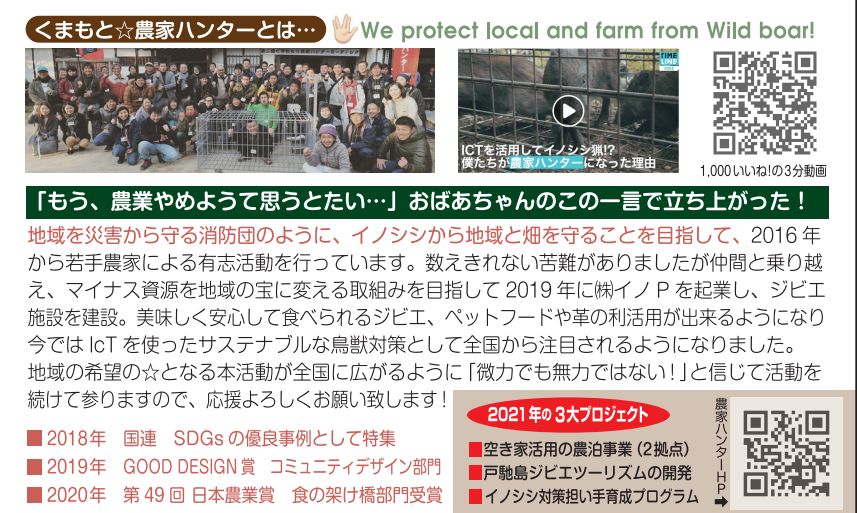 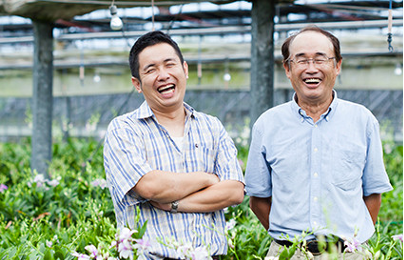 Masahito is the President and CEO of Miyagawa Orchid, Ltd., located on Tobase Island in Kumamoto Prefecture, southwestern Japan. After building his orchid business experience at Matsui Nursery in the United States, he returned to Japan and joined the family business. He has been growing orchids for over 15 years. Every year the company sells over 40,000 pots of Phalaenopsis and 60,000 pots of other orchids nationwide through major Japanese retailers such as Aeon and Hibiya Kadan. Masahito is also a pioneer in selling orchids online. He opened the webstore from the very beginning of Japanese E-Commerce industry, and has successfully shifted from wholesale to B2C sales through Rakuten, a Japanese E-commerce platform.

Today, in addition orchids business, he has launched a social business, Kumamoto Farmer Hunter, which tackles a common problem faced by local farmers, namely, damage to crops by wild boars. The project received various awards from Japanese Ministry of Agriculture, Forestry and Fisheries and the Ministry of the Environment, as well as being selected as an SDGs Good Practice by the United Nations. He has received a B.A. in Agriculture from Tokyo University of Agriculture.

15 years of orchid business with Taiwan and Thai growers